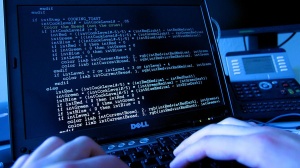 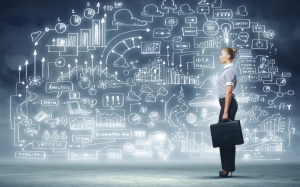 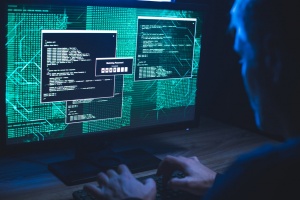 65 просмотров
Cybercrimes grew by 33% in Russia
Direct attacks on bank customers through social engineering is the most common type of fraud. This is about hundreds of millions of unauthorized transfers, which is confirmed by the reports of the Central Bank of the...

96 просмотров
69% of survey participants in Russia encountered scammers on the Internet
According to the survey, 69% of respondents personally encountered online fraud. 17% only read about it in the news, 11% of respondents have friends who “got acquainted” with cyber threats, and 3%...

54 просмотра
PLUS-Forum: “Fintech Borderless. Eurasia Digital” to become the pinnacle event on the financial market in 2021!
The Forum will be held in Almaty (Kazakhstan) on September 23

239 просмотров
Digital Development Ministry to allocate 21.5 billion rubles to Rostech to develop 5G technology
It is planned to develop an integrated 5G solution to include both cell sites and a core network, for which Rostech is forming a cooperation of Russian companies possessing know-how and expertise.

294 просмотра
Banks to migrate to domestic software in two or three years
The Digital Development Ministry has prepared a draft decree to oblige all critical information infrastructure (CII) facilities, including banks, to switch to Russian software (software).

308 просмотров
Bank of Russia selected 12 banks for digital ruble pilot
The Bank of Russia has formed the first pilot group to test the digital ruble. The group included 12 banks, which expressed their desire to participate in the pilot project and sent corresponding letters to the Central...

324 просмотра
Central bank to regulate banks' investments in ecosystems
The Bank of Russia presented for discussion with the market participants a report that proposes a flexible approach to the regulation of ecosystem banks as the optimal one.

334 просмотра
VTB and Visa launch pay-by-glance service
VTB and Visa have launched a service to pay for orders in a St. Petersburg chain of culinary shops without a smartphone or card – just by a glance. The service is implemented on the basis of O.Pay, a face recognition...

357 просмотров
Pensions in Russia to be paid to Mir cards or in cash from July 1
From July 1, pensions, monthly maternity capital payments and other social payments can be paid solely to Mir cards. Those who do not want or cannot use a bank card, will be able to receive payments in cash or on a...

407 просмотров
Bank of Russia to lift part of coronavirus regulatory easings introduced earlier
From July 1, the Bank of Russia will curtail a number of measures introduced to support citizens and businesses against the backdrop of the COVID-19 pandemic, the press office of the Central Bank of the Russian...

422 просмотра
Russia to develop its own cybersecurity standards
Dmitry Peskov says Russia is developing its own standards for national cybersecurity, and the ultimate goal is the information sovereignty.

450 просмотров
Settlements in Russian rubles between EAEU members grew to reach 70%
The states of the Eurasian Economic Union (EAEU) have increased the share of the Russian ruble in their settlements to more than 70%, Deputy Prime Minister of the Russian Federation Alexey Overchuk announced...

459 просмотров
Russians made $600m from cryptocurrency in 2020
According to the Chainalysis analytical company, Russia comes in fifth place in the ranking of countries whose residents generated the highest profit from the main cryptocurrency at the end of 2020.

116 просмотров
Final video of the PLUS-Forum “Banks and Retail. Digital transformation and interaction” 2021
The Forum was attended by more than 30 key speakers and over 700 top managers and experts in the field of banking, fintech and retail.