The two-day International PLUS-Forum CIS “FinTech Borderless. Eurasia Digital” ended in Minsk. It was organized by PLUS-Alliance Holding in association with CIS Financial Banking Council. 360 delegates from the CIS member states, USA, Europe, Asia and Africa participated in the event.
The International PLUS-Forum was focused on discussing the current state and development prospects of the banking and payment industry, the key trends in fintech, and innovations in the Eurasian countries that are part of the Eurasian Economic Union (EEU), the Commonwealth of Independent States (CIS), and the Shanghai Cooperation Organization (SCO), etc.

For two days, the forum delegates were exchanging expert opinions and presenting new fintech projects. The main topics proposed for discussion included the development of financial services, a new quality standard of banking and payment services, business models for retail and e-commerce, and the use of distributed ledger technology and digital currencies in banking. 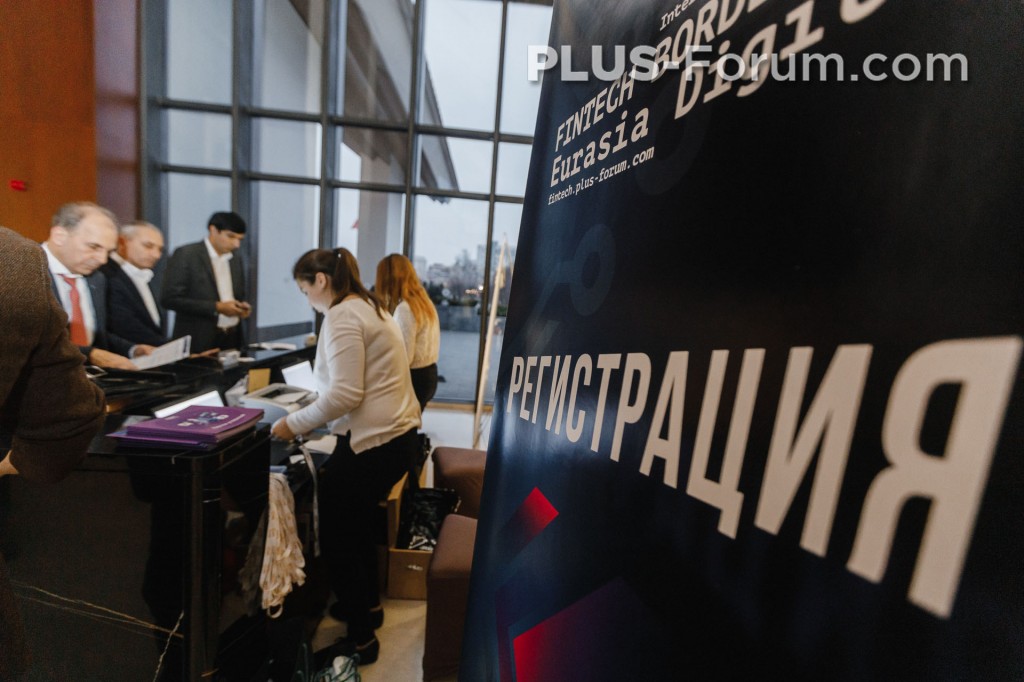 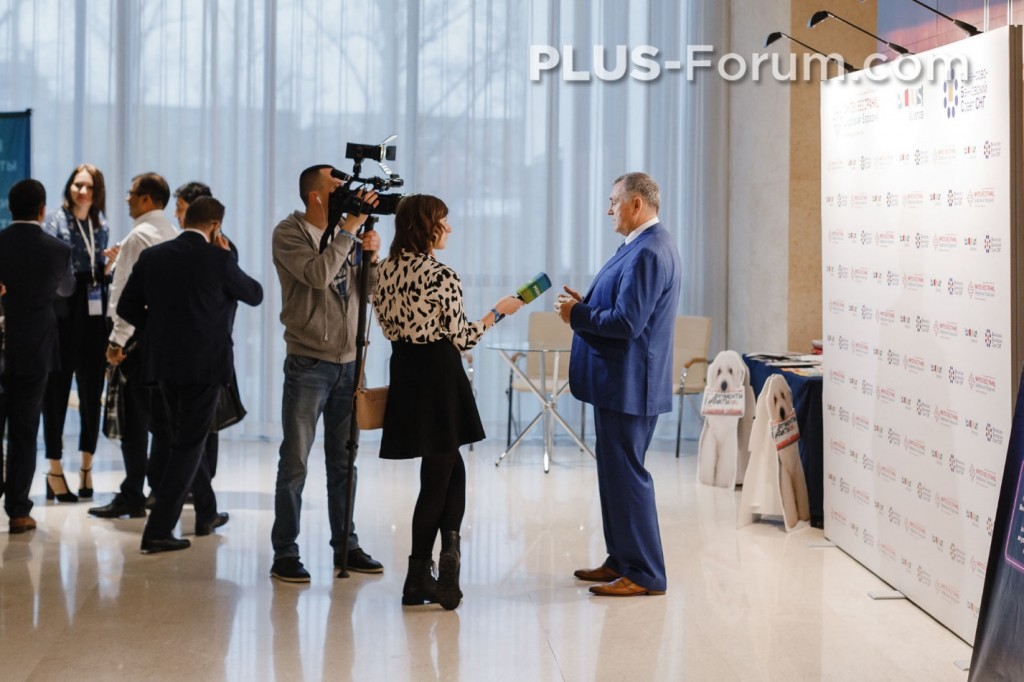 The Republic of Belarus demonstrates an extremely positive dynamics of the payment market development in the context of international integration and globalization. 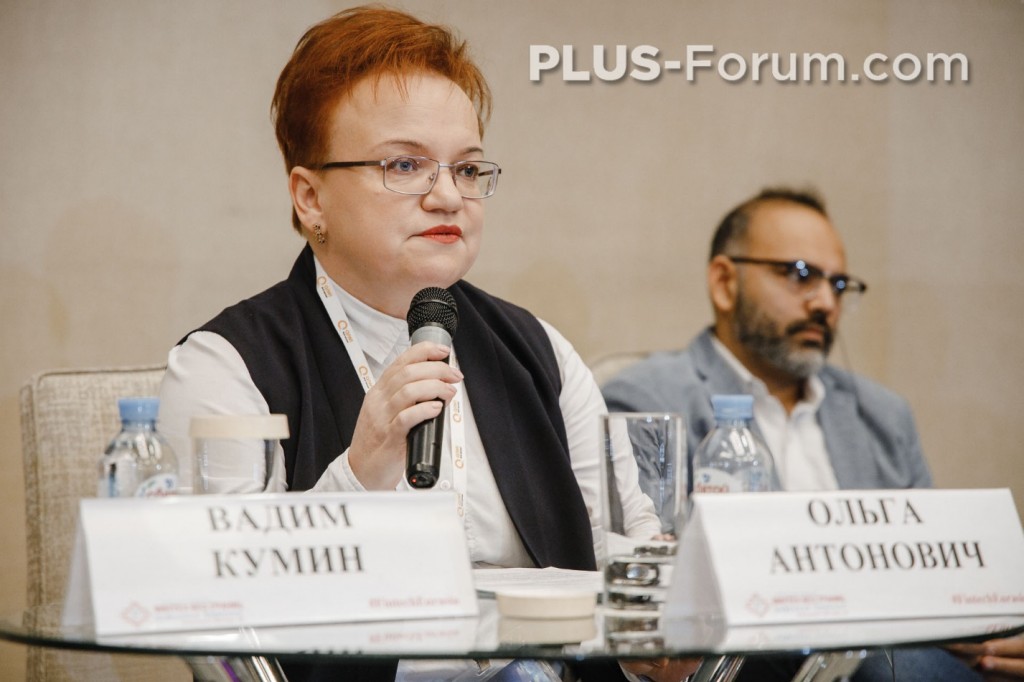 This fact was highlighted by Olga Antonovich, Head of Electronic Payment Instruments Department, Main Directorate of Payment System and Digital Technologies, National Bank of the Republic of Belarus. At the moment, the share of cashless payments in Belarus has reached 44.2%; 73% of services offered by banks to individuals are available through remote banking systems; most of the population (over 7 million people) has access to online banking services; and four banks introduced their own payment services. According to the regulator representative, 11 local banks joined the instant payment system launched in Belarus on July 1, 2019, with more participants on the way. Plans of the Belarusian regulator include integration with payment systems of the CIS countries, as well as building a mechanism for cooperation with Mir Payment System.

Olga Antonovich noted that the NBRB pays special attention to cyber-security, with a center of computer competencies being built in the country for this purpose. At the same time, while the percentage of fraud in the republic is rather insignificant, the use of social engineering tactics by criminals is growing quite rapidly.

The republic is currently one of the most developed CIS members as regards the payment industry. A special role in this context is assigned to the launch of a pilot project of interbank remote identification system. 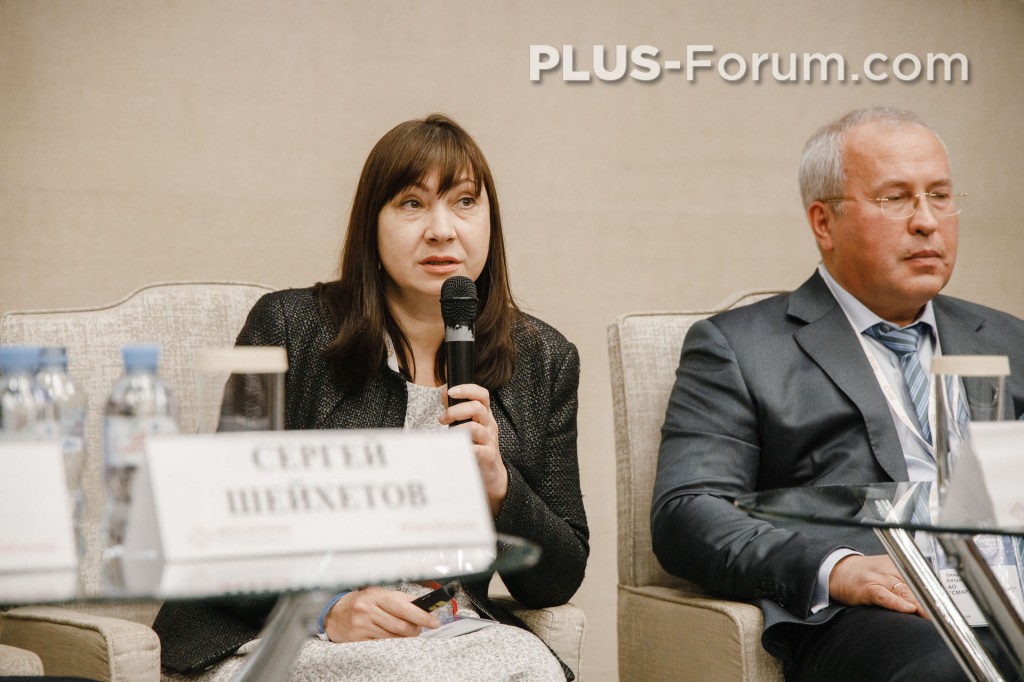 According to Elena Antoni, Board Chairman, Single Settlement and Information Space (ERIP), the new form of financial interaction will develop as the republic rapidly moves towards a cashless economy. Card payments account for 88%, cashless banking operations via ERIP reach 80%, and 67.8% of terminals support cashless payments in Belarus today.

This is an evidence of payment instruments evolution, availability of new customer acquisition models, a change in the sales model, and the emergence of new service technologies, said Elena Antoni. So far, three banks have been involved in the interbank remote identification system project. Their clients need not visit bank offices to receive services after they have submitted biometric data. Furthermore, users of the new system can withdraw cash at ATMs and pay for goods in stores. 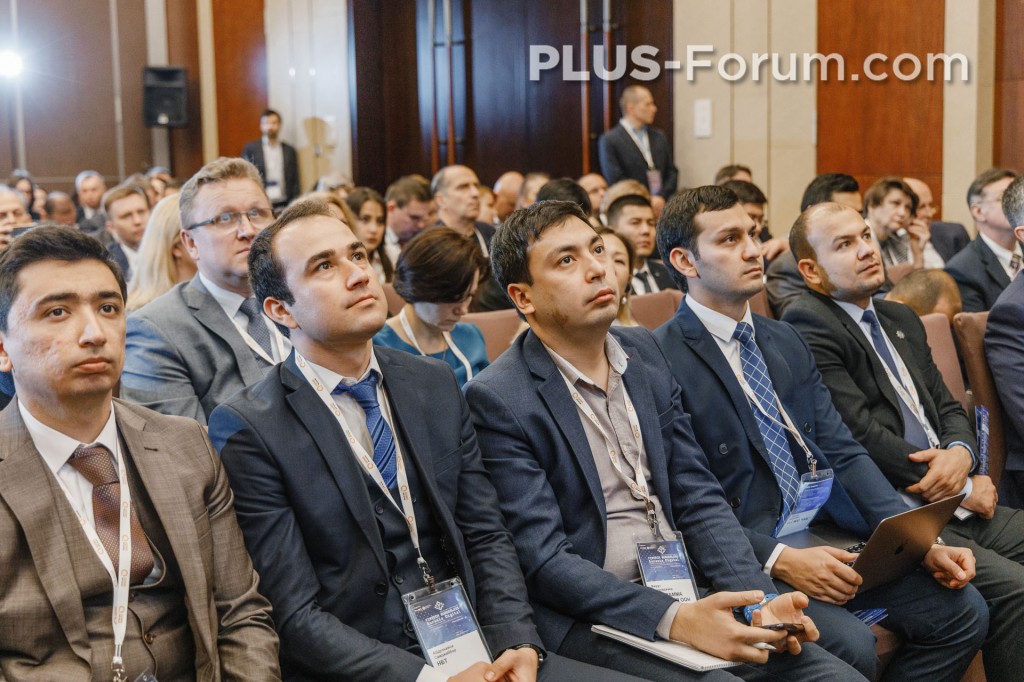 The forum noted that the cashless economy development is an inherent trend in many EEU states. In particular, the process is gaining momentum in Uzbekistan, where key payment systems are complemented with two local ones – Uzcard and HUMO. 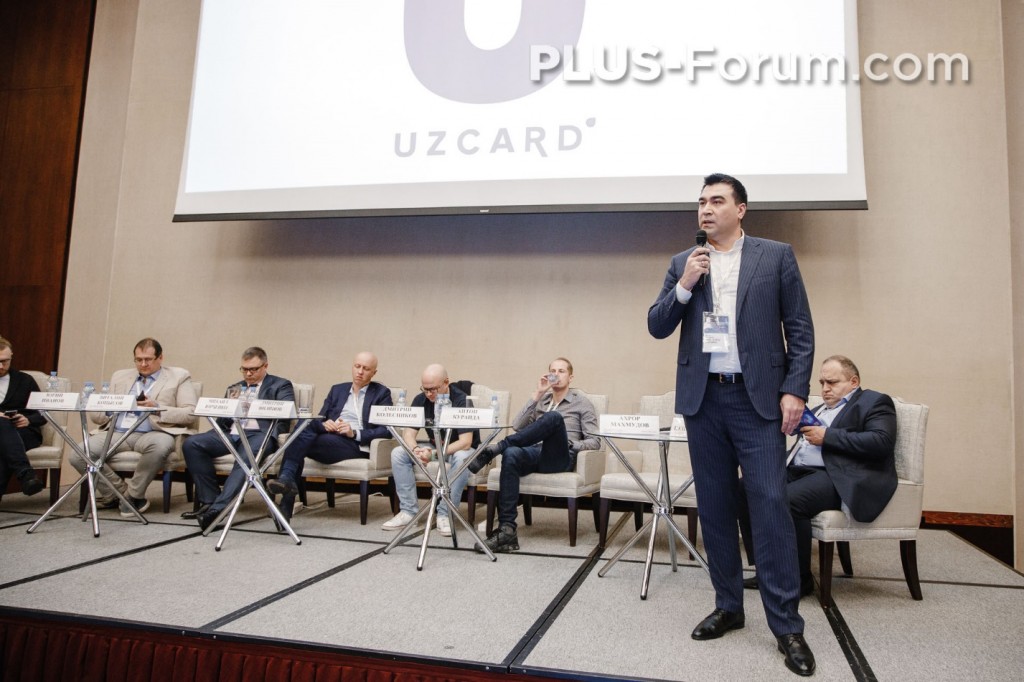 According to Akhror Makhmudov, Director General of Unified Republican Processing Center (EOPC), Interbank Payment System of the Republic of Uzbekistan (Uzcard), the country is intensifying successful cooperation with national and international payment systems. For instance, after its launch in the republic in 2004, the EOPC has issued a co-badged card with China UnionPay. By the end of 2019, users will have been able to pay for goods and services with another co-branded card – Mastercard-Uzcard.

“We are committed to organizing our work in such a way that would enable the Bank of Uzbekistan to launch their solutions. And we have someone to rely on – there are over 40 fintech companies operating in the Republic,” – clarified Makhmudov.

The PLUS-Forum highlighted the dynamic implementation of fintech solutions into the payment industry in Georgia. According to George Keshelashvili, Founder and Owner of Boxwood, Georgian banks will concede part of the local market to fintech in the long run. Speaking at the PLUS-Forum session dedicated to the development of the retail banking and the payment industry as a whole, the expert noted that it was several years ago that priority was given to the banking sector development. Nevertheless, banks failed to turn into a forge of technological solutions and eventually they will lose a part of the market to fintech companies. Recently, the financial sector of Georgia has seen the emergence of independent acquirers and providers, payment services and electronic money issuers.

The speaker said that Georgia will retain the status of a country where legislation allows a relatively easy launch of payment projects. The payment plug-ins are expected to penetrate various platforms and applications soon.

Furthermore, G. Keshelashvili said that Georgia is developing blockchain based smart contract solutions, which would simplify the paperwork processes.
As regards the prospects, G. Keshelashvili believes that in the near future the market participants will keep competing for small payments, and QR payments will take the lead, “unless something more convenient and cheaper has been invented by that time”. The significance of intellectual security and data protection systems will grow as well. 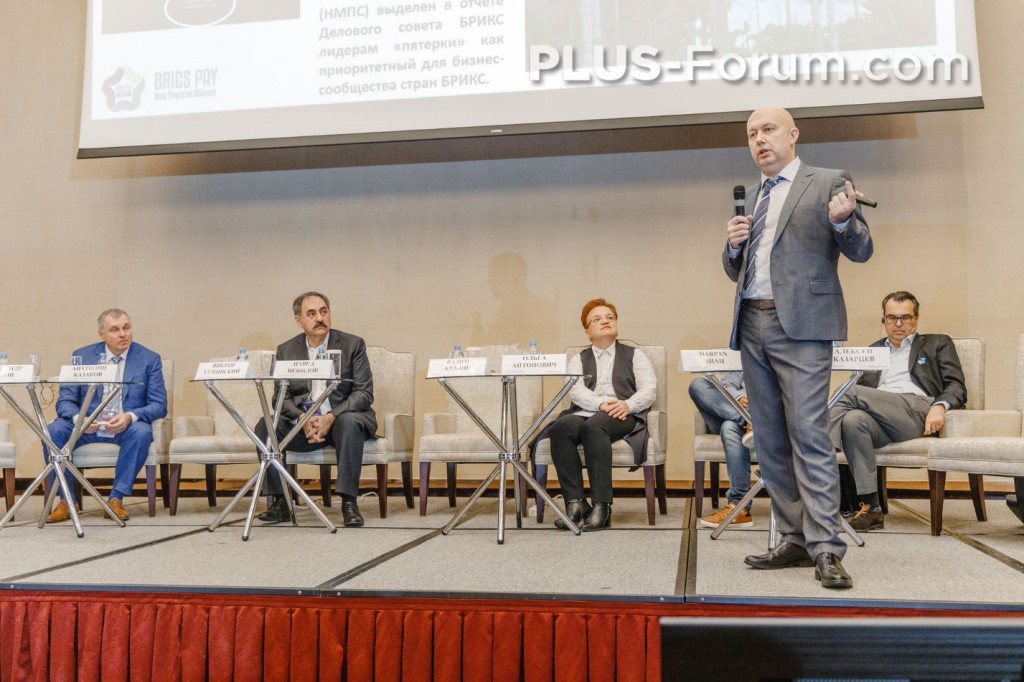 The business programme of the PLUS-Forum “Fintech Borderless. Digital Eurasia” included the topical issues of building and developing a common payment system and cryptocurrencies of BRICS member states. These topics were also discussed during the recent visit of the President of the Russian Federation to Brazil.

The BRICS Pay project scheduled for a pilot launch in Africa is gaining momentum now. Speaking at the PLUS-Forum, Alexey Kazartsev, Member of Financial Services Group, BRICS Business Council, Advisor to the Financial and Banking Association of Euro-Asian Cooperation, informed that the BRICS Pay is aimed to ensure effective interoperation of the national payment systems of BRICS, SCO and EEU so as to avoid transaction processing in foreign payment systems. According to A. Kazartsev, BRICS Pay was initially designed to be a card project involving neither single center nor settlement banks, with the system participants having equal rights and bilateral settlements made between respective payment systems.

It is planned to create a single wallet with Alipay, M-Pesa, RuPay, ArCa, Elcard, and Uzcard incorporated therein. Its users will be able to make payments in any country, provided that a payment system operating in a particular market is available in the wallet.

The list of PLUS-Forum participants was not confined to EEU countries alone. There were delegates from the countries of Asia and Africa that demonstrate the growing trends of cashless economy development. 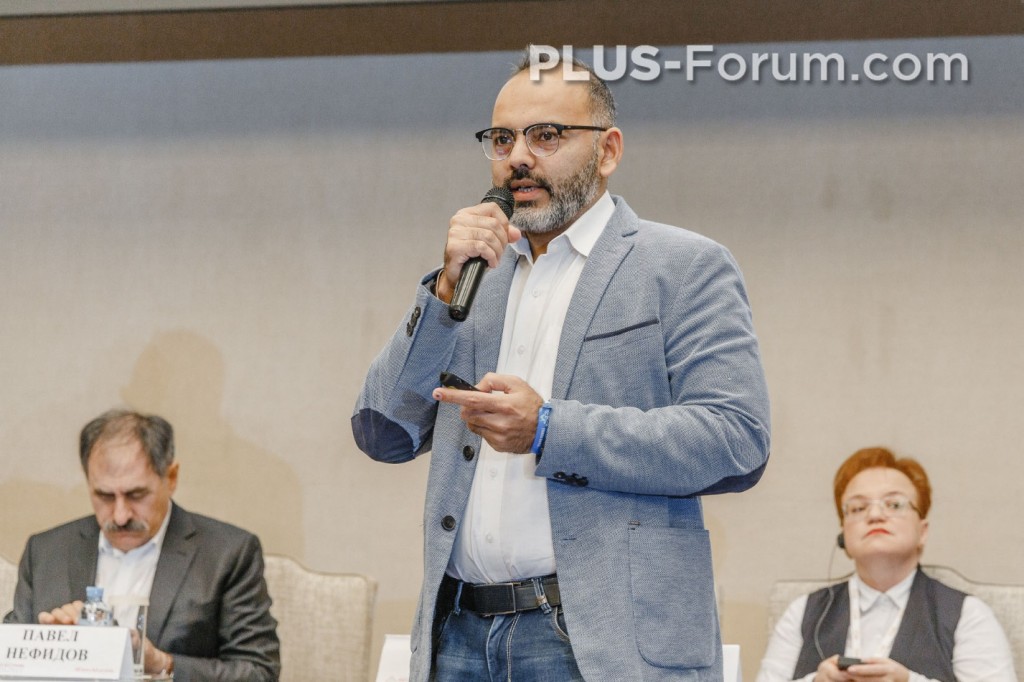 According to Darpan Shah, founder and CEO of NEO Advisors (India), despite the reliance of local population on cash, the volume of e-commerce transactions in the country reached $42 billion, including $23.7 billion accounting for mobile payments. The Unified Payments Interface (UPI) allows making payments through 140 banks and send money from any account.

He also mentioned that despite the fact that cards of the major international payments systems like Visa, Mastercard, JCB and Diners Club are present in India, the transaction volume of the national payment system RuPay is growing significantly. In 2019 alone, it grew by 70% to reach $1.2 billion. The finance, lifestyle and travel sectors payment flows in the Indian payment system account for 11.47%, 4.87% and 3.47%, respectively. Banks do not charge RuPay cardholders any fees.

Experts attending the PLUS-Forum CIS in Minsk noted an interesting trend: the countries where less developed cashless economy was lagging behind most notably a leap towards the mobile payment solutions has been made in the recent years. This is the case on the African continent. According to Victor Ikawa, Head of Research and Consumer Insights, M-Pesa is a perfect demonstration of that. Kenia’s adult population at large uses mobile wallets. The annual turnover of the biggest operator of M-Pesa mobile money reaches $500 billion, let alone several smaller operators. Safaricom, M-Pesa operator that accounts for 26% of the national GDP, turned into the flagship of Kenian economy. 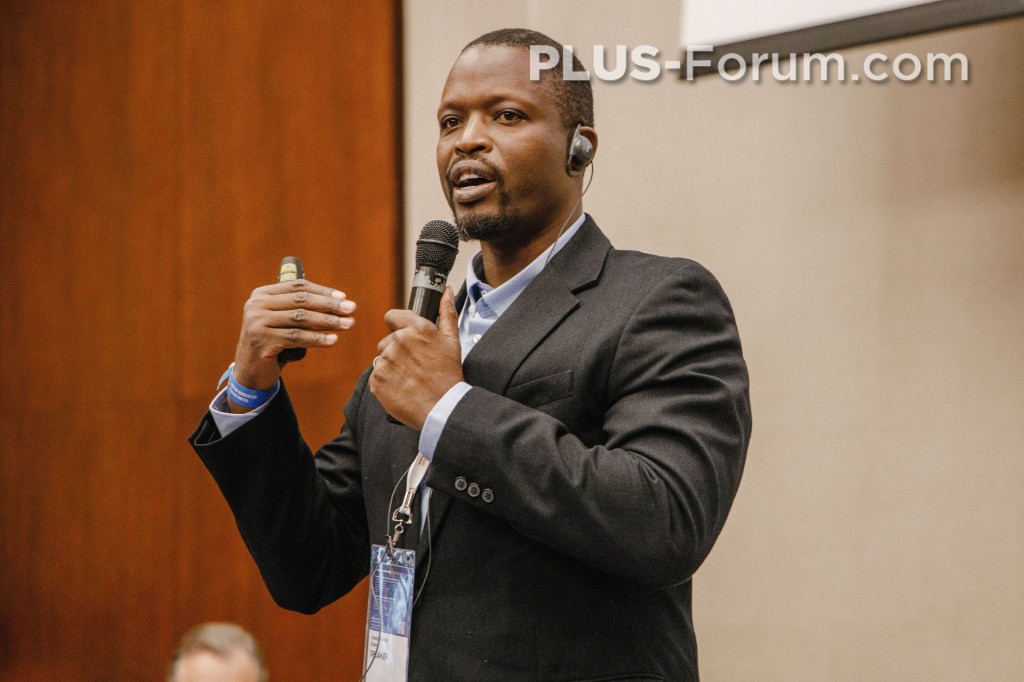 The International PLUS-Forum CIS in Minsk became a logical extension of traditional events organized by PLUS-Alliance that take place in the Russian capital every year. The participation in the CIS Forum, according to the delegates polled by PLUSworld.ru portal, allowed them to substantially enrich their experience and establish contacts important for the development of international business. It was the Russian experience that became extremely useful for many delegates, since it is widely recognized that the country is demonstrating the strongest positions as regards the growth rates in the payment industry. In 2018, the country became number three in the world in terms of fintech development level. 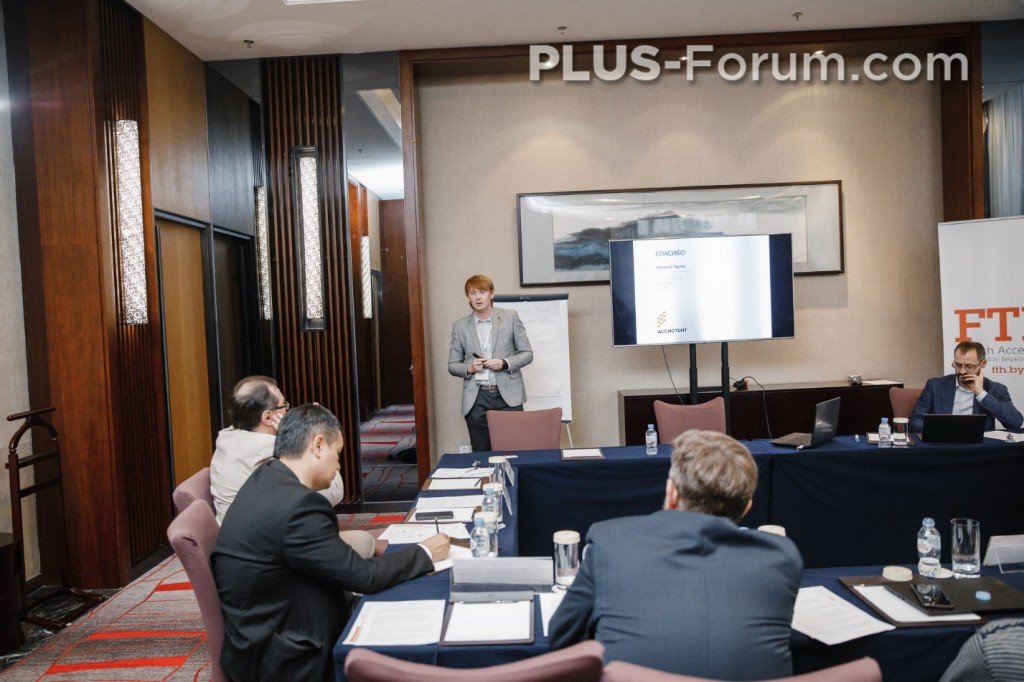 Special sessions FinTech Connect. StartUps&Banks and FinTech Connect. StartUps&Investors were held as part of the PLUS-Forum. The top managers of key CIS banks participating in the first event could evaluate the innovative products and solutions presented by the founders of fintech startups. Based on the results of product presentations, bank representatives were able to select prospective partners from among a number of fintech companies.
During the second session, the founders of seed-stage fintech startups seeking for investments of about $0.5-$5million could have personal meetings with the representatives of leading investment funds.

At the exhibition organized as part of the two-day PLUS-Forum the delegates and guests could learn about the products under development by a number of international companies. 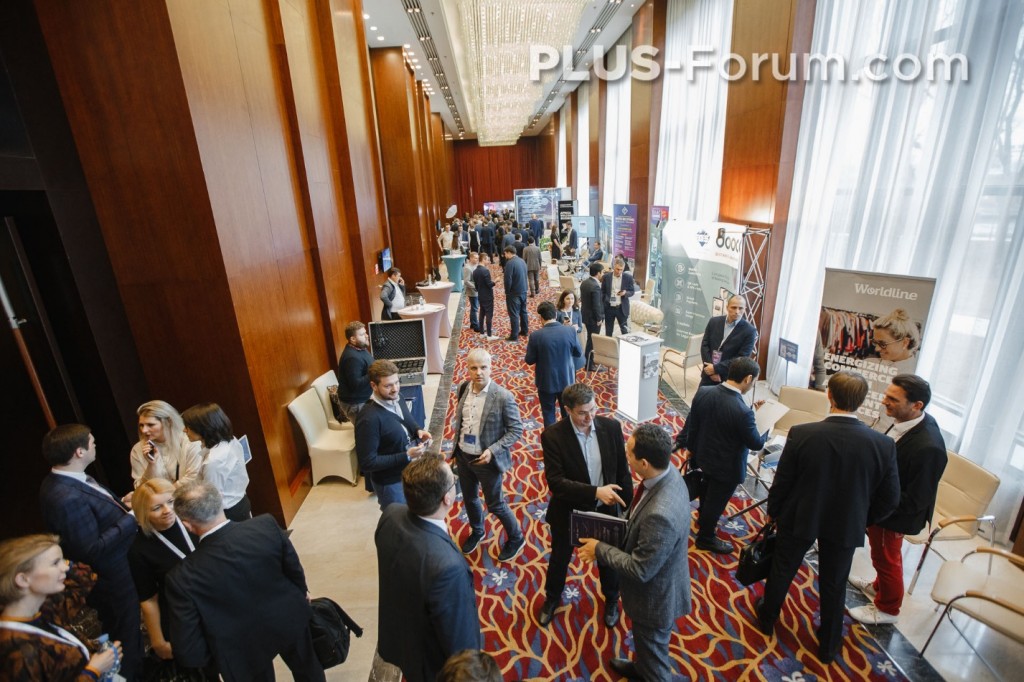 On the heels of the event, the Steering Committee of the International PLUS-Forum made a decision to hold 2020 Forum in Minsk again.

The PLUS-Forum is an ideal opportunity to present your solutions and products to the target audience, whatever format of participation you choose. Hurry up to take your place among the market leaders!

We invite speakers and vendors to take part in the event. Let us know about your decision via email: konstantin@plusworld.ru / tel .: +7 925 005 40 05 (Konstantin Grizov, Deputy Chairman of the PLUS-Forum Steering Committee).

You can get registered as a delegate here. Hurry up, limited number of seats available! 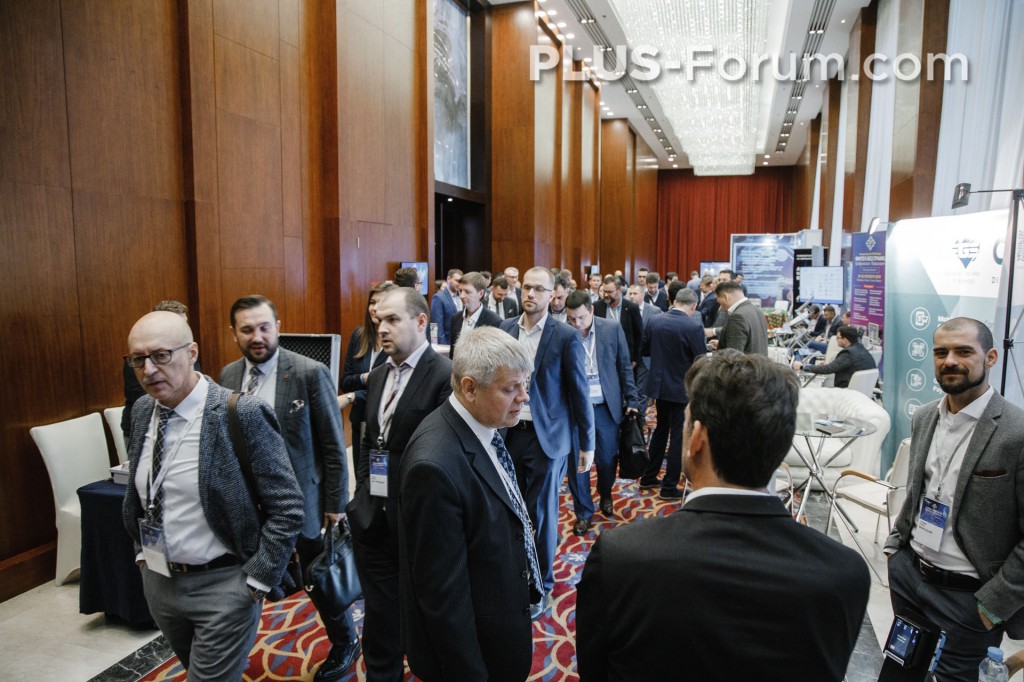 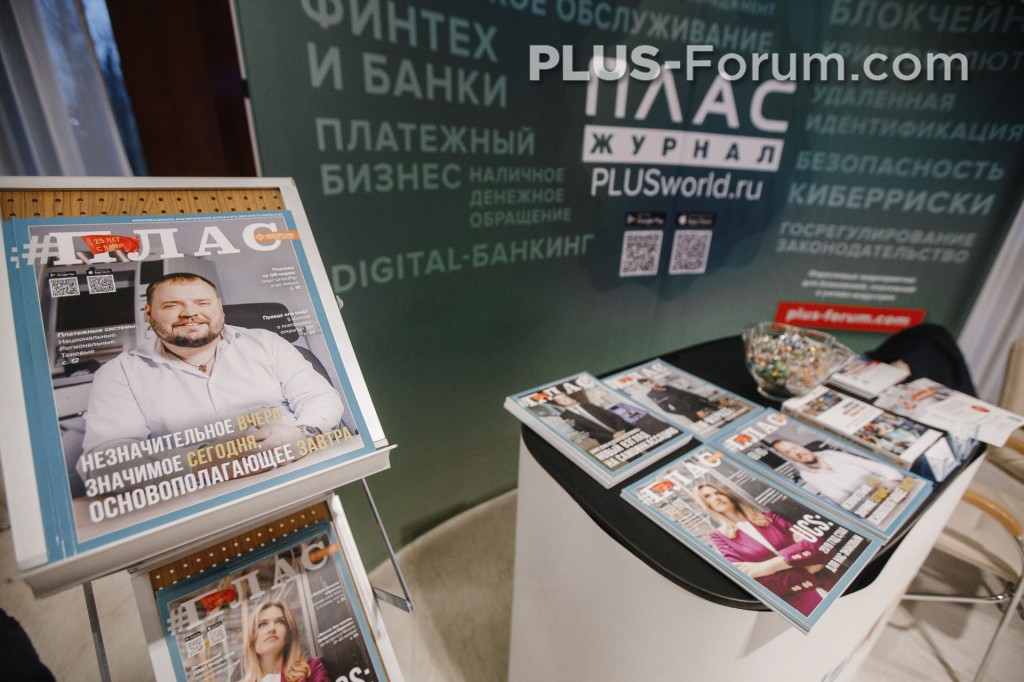