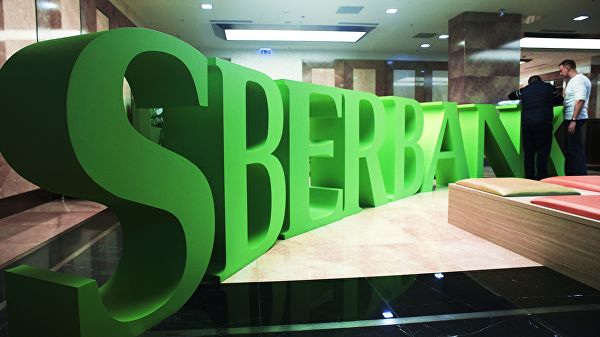 Brand Finance, an international branded business valuation and consulting agency, has issued a top brand rating for 2018. With the bank’s Brand Strength Index score increased three points from 90 to 93 over the past year, Sberbank is now the strongest banking brand in the world.

Sberbank has broken into the top three strongest global brands, being second to Ferrari alone. The bank’s brand value grew from $11.6bn to $12.4bn in 2018. For the second consecutive year Sberbank has been recognised as the most valuable and strongest brand in Russia and Central and Eastern Europe.

“For the first time ever a Russian banking brand has topped Brand Finance’s leading global rating. The fact that the professional community thinks so highly of us is the well-deserved result of a team that every day works to make Sberbank one of the world’s best tech companies. It is at Sberbank, that many innovations and technologies have been developed and implemented for the first time ever to be used now by banks and businesses all over the world. The global leadership also shows that we have chosen the right strategy – a strategy focused on technological leadership and development of an ecosystem of products and services to deliver clients a complete range of financial and non-financial facilities for all situations in life,” says Sberbank CEO and Board Chairman Herman Gref.

The last year’s investments in the development projects were the key drivers of Sberbank’s brand strength growth.

Innovative services developed by Sberbank have set trends for different spheres of life: Sberbank was the first to bring instant money transfers via a cell phone number to the Russian market. Today, the bank is the Russian market leader in terms of P2P transfer volumes. With more than 1.7mn POS terminals and 15mn transit fare payments by bank cards handled monthly through the Sberbank's acquiring facilities, the bank became the largest Russian acquirer and was ranked the world’s 6th top acquirer in 2018 (according to The Nilson Report). Sberbank is also the leader in NFC payments.

With over 2 million registered customers on the DomKlik website, Sberbank is the leader in terms of the transaction volume in the Russian mortgage lending market. In 2018, the bank was the first to offer a full-featured Visa Digital card to Sberbank Online app users.

Last year, Sberbank added 10,000 devices to its RATM (a recycling capable ATM) fleet. Sberbank runs the largest network of NFC-enabled self-service devices: 55,000 machines accept contactless cards and handle transactions initiated from the mobile devices. All machines can collect consents for biometric data processing, and 400 ATMs support capturing biometric templates. One quarter of the fleet is to be upgraded and replaced with RATMs this year. Biometric data based transactions on ATMs will be available in the second half of 2019.

Since the turn of the year, Sberbank’s corporate lending market share has grown to 32.8%, and the number of active customers amounted to about 2.5 million. 2018 saw the bank’s multiple deals with top clients, with every second structured transaction on the market financed by the bank. Last year, Sberbank was also the first in the world to complete a blockchain-based trilateral over-the-counter repo transaction and the country’s first Initial Coin Offering (ICO) using the Bank of Russia’s regulatory sandbox.  The bank is energetically developing the paperless customer communication strategy – about 1 million customers regularly sign agreements and financial documents in the Sberbank Business Online system using e-invoicing technology. Sberbank has implemented an AI-based online lending solution for large businesses. The technology that has no analogues in the country can make a credit decision in 7 minutes without requesting documents from the applicant.

According to David Haigh, CEO of Brand Finance, the highly client-centered approach and a wide range of financial product offerings allows Sberbank to build long-term relationships with customers and expect their loyalty to the brand. Uniquely positioned in the Russian market, Sberbank continuously engages with its customers, develops its products and expands its ecosystem, he said.