Bank of Russia to form a consortium focused on blockchain technology 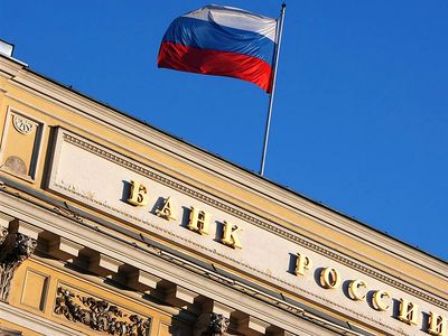 The largest companies of Russia’s financial sector will team up in a consortium to study the blockchain technology and its application areas. Payment processing firm QIWI, B&N Bank, Khanty-Mansiysk Otkritie Bank, Tinkoff Bank, MDM Bank, and professional services firm Accenture confirmed their intention to participate in the consortium. As part of this initiative, the participating companies have already signed a respective memorandum.

The intention to create the technology Consortium in Russia was announced at the XXV International Financial Congress held in St. Petersburg between June 29 and July 1. Representatives of the Central Bank of the Russian Federation invited banks to the broader discussion on crypto technology development in Russia.
The Russian blockchain Consortium will be Russia's first platform for the companies’ joint work in the area of the distributed technologies. The Consortium will focus on the development and implementation of the most advanced technological solutions for the financial services sector.

The objectives of the Consortium include technological, regulatory, practical and communication components.
In particular, the participants will carry out joint development and establish a testing site for blockchain prototypes, develop the technology standards and open points of access to the technology for all market participants. In addition, important aspects of the Consortium activities will include technological harmonization of Russian blockchain studies with foreign ones, establishing a single communication platform open to the participants and the regulator, reaching a higher level of the public awareness of and confidence in the financial instruments based on the blockchain technology.

Creating and testing the first prototypes is supposed to start later this year to be continued with the elaboration of the regulatory and legal framework, introduction of out-of-the-box financial solutions to the market, international cooperation and global integration.

“Over the past two years, the blockchain technology and its derivatives have attracted significant attention. Blockchain will effectively solve the long-standing technological problems in the financial sector and change the system of all types of relationships between the players,” says Sergey Solonin, CEO, QIWI Group. “The consortium created in Russia is a response to the rapidly growing interest to innovative technologies that can bring the economy, business and people’s daily life to a completely new level of interaction and trust. I am confident that the Consortium, which will unite the country’s largest financial companies, can become an effective platform for multilateral cooperation in the areas such as experimentation, creation of innovations and their applications in financial services.”

“The blockchain technology is to significantly supplement, and perhaps - change the established methods of work on the financial market through implementing new and effective models of interaction between the market participants, increasing its availability and the reliability of financial services while reducing their cost to consumers,” says Artyom Asanov, Managing Director, Accenture. “Blockchain technology potential can be best revealed in its joint use by a wide range of participants. That’s why we welcome and support the formation of the consortium of the major innovative companies in the Russian financial market.”

“The increased attention to the use of blockchain technology in the financial and other sectors showed by the market participants and regulators in Russia and globally requires the joint efforts aimed at its study and implementation. I'm sure that the Consortium will consolidate Russian companies’ disparate efforts aimed at research, making prototypes and popularization of the technology. Also, it will accelerate the practical application of the block chain in daily processes that will improve and facilitate the interaction between the various market participants,” said Stanislav Danysh, Managing Director, B&N Bank.

Oliver Hughes, Board Chairman, Tinkoff Bank, commented: “The technology has huge potential - it will make most processes in the financial industry faster, more efficient and much cheaper. We are pleased to join forces with leading players of the Russian financial sector and are sure that our joint efforts will speed up the application of block chain and its derivatives in the financial services, offering benefits both to the market players, and customers, of course.”

"For OTKRYTIE, the participation in the consortium opens a great potential for the development and testing of innovative services, including those based on the block chain technology. The team work with major players of the banking sector and the participation of the regulator will allow us to create and test new approaches, for example in the area of combined calculations, simplifying the customer identification procedures,” - says Alexey Blagirev, Innovation Director, Bank OTKRYTIE.