200, 2000 ruble and other Russian banknotes. Effective remedy against fakes for World Cup 2018 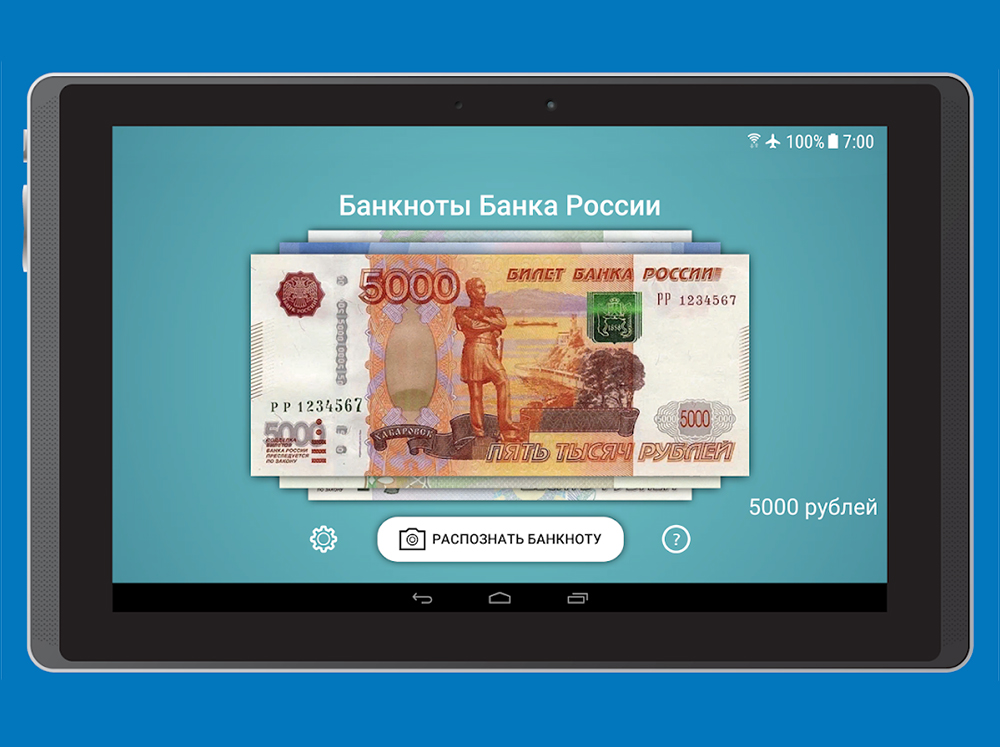 The Bank of Russia and Goznak developed “Bank of Russia Banknotes”, a mobile application that helps validate all banknotes currently in circulation. Available in Russian and English, the app is ready for downloading in the App Store and Google Play.

According to the app description, the mobile app contains information about all notes issued by the Bank of Russia since 1997 and their security features. Our well-informed VIP-source told the PLUSworld.ru portal that the application can validate, inter alia, a commemorative 100-ruble banknote dedicated to the 2018 FIFA World Cup Russia and a rather rare 5 ruble note.
The app description highlights the fact that the application validates the banknotes in a different way as compared to the “Banknotes 2017” app, allowing you to do it on your own without specialized equipment, just following prompts generated by the app. The “Bank of Russia Banknotes” solution describes four types of security features: those checked against the light, with a magnifying glass, by feel or by changing the angle of sight. The application will show in what particular part of the note such security features are located and how they should look like.
To distinguish a genuine note from a fake using the app, you should find the banknote in the catalogue or use the device camera to scan the banknote or its image to determine its denomination and year of modification.
“You can view a demo of each security feature by watching a video or by turning the screen of your device as if you were holding a genuine banknote,” the app description reads.
PLUSworld.ru team has already downloaded the “Bank of Russia Banknotes” application and tested it successfully by the efforts of the editorial staff, to show the effectiveness of the new solution.

In January 2018, Goznak and the Bank of Russia presented “Banknotes 2017”, a mobile application for validation of 200 and 2000 rubles notes