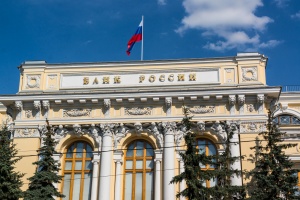 2016 has seen slow but steady growth of the Russian payment market. Card instruments continue to demonstrate higher issuing and penetration rates. Contactless payment technologies are taking centre stage, especially with the advent of the Apple Pay and Samsung Pay to Russia.

Of the total volume of cards in issue, debit (charge) cards and credit products amount to 218.877 million (87.9%) and 30,074 (12.1%), respectively. The share of debit cards in issue in the Russian Federation increased by 0.9%, while the share of credit cards, on the contrary, decreased by 1% compared to the last year. It should be noted that the decrease in the share of credit cards continues for the second year running (in 2015 their share dropped by 2.44%). Experts believe that this is primarily caused by the revocation of licenses of a number of credit card issuers and by the tightening of lending policies of the country's major banks against the backdrop of the economic slowdown.
It’s important to note that Russian banks also issue prepaid cards. Their total number in circulation is quite big and greatly exceeds the number of credit cards in issue, according to various estimates. However, the Bank of Russia does not keep publicly available statistics on this segment of the card market, so the exact number of prepaid cards in Russia for 2016 is difficult to estimate without additional specific calculations.

According to the Bank of Russia’s data on the cards issue structure, the absolute prevalence of debit cards (87.9%) over credit cards (12.1%, with their share continuously decreasing) is characteristic for the national payment system.

Bank card penetration in Russia also demonstrates quite a steady growth. According to a research of the National Agency for Financial Studies (NAFI) carried out in 2015, the vast majority of Russians (73%) have at least one bank card. One third of the cardholders have two or more cards, most of them using only one of them on a regular basis. Roughly a quarter (24%) of Russians do not have any cards at all – those are mainly people with specialized secondary and lower education levels, as well as young people under 24 years of age and people older than 45 years old. Higher educated and middle-aged (25 - 44) respondents often hold two or more cards (over 40% in this group compared with 30% on average for the whole sample). Respondents, who say they have more than one credit card, were asked how many cards they normally carry with them and use regularly. According to the survey, more than half of the respondents carry at least one card, and another 19% – two cards. At the same time, 1 of 5 cardholders does not use any of the credit cards s/he has (21%). The current policy of the Central Bank of the Russian Federation in regard to the rehabilitation of the county’s banking system resulted in a decrease in the total number of credit institutions issuing or acquiring payment cards. Thus, the number of banks operating with payment cards in Russia has decreased by 17.2% (from 572 to 482 credit institutions) within 12 months (from July 1, 2015 to July 1, 2016). A year earlier, this figure showed a 7.8% drop.
As of 01.07.2016, the number of banks issuing and acquiring payment cards amounted to 473 (a decrease of 16.7% within a year), and 443 (a decrease of 15.1% within a year), respectively.

To date, the largest issuers of payment cards in the Russian Federation include Sberbank of Russia, VTB24, Alfa Bank, Gazprombank, Rosselkhozbank (Russian Agricultural Bank), Uralsib, Rosbank, Tinkoff Bank (the latter is a significant player insofar it concerns credit card issue alone), and others. According to some experts, the market of mass payment cards can expect Post Bank to join its major players soon. The bank established in 2016 is increasing its branch and ATM network energetically (and claiming to become second-big one among Russian banks).

Among Russian banks, Sberbank of Russia is the absolute market leader in issuing both debit and credit cards today. Sberbank’s portfolio of bank cards in circulation alone reached 117.9  million by the end of 2015. The volume of non-cash transactions on the cards issued by Russian banks is also growing. There is a steady trend of slow and smooth increase of this index at the background of a very substantial increase in the total volume of card transactions.

It is typically  that the crisis impeded an adequate increase in the share of non-cash payments for goods and services in the Russian Federation: the total volume of all types of card payment transactions in Russia increased by 52 % in the 1st half of 2016 compared with the 1st half of 2015 (RUB22,783.3 billion and RUB14,963.7 billion, respectively).
The number and volume of transactions performed on the territory of Russia using the cards issued by non-resident banks are extremely small in comparison with those performed using the cards issued by Russian resident banks: 29.2 million transactions for the total amount of RUB149 billion a year (0.36% and 0.65% of the total number and volume (respectively) of transactions on the cards issued by Russian banks). According to the segmentation of the market by payment systems provided in a report of the National Payment Card System (NPCS), in 2015 Mastercard was the leader  of the Russian market of bank cards (49.4%), followed by Visa (44.7%), with the remaining payment systems taken together holding about 6% of the market  (including Russian payment systems Mir, Zolotaya Korona, PRO100, NCC/UnionCard, and international payment systems AmEx, Diners Club, JCB, UnionPay).

It should be noted that in the same year of 2015, MasterCard, Visa and other IPSs switched their domestic transactions processing to NPCS to comply with the new requirements of the Russian law “On the National Payment System.”
NPCS is the operator of the new Russian payment system Mir. With the mass issue of Mir cards was launched in autumn 2016, the number of Mir cards in the Russian card market is growing. While in mid-July 2016 there were 220ths. Mir bank cards in issue, their number exceeded 1 million in mid- October 2016. By the end of 2016 the banks participating in the Mir payment system plan to issue about 16mn cards, and NPCS anticipates no less than 120 million cards of the brand to appear in the Russian market by 2019.

If these plans are implemented, the structure of the Russian card market, where slightly less than 249 million payment cards of all types and systems are circulating today, will certainly see dramatic changes. According to the estimates of the Bank of Russia, the number of Mir cards should reach 30-40% of the total number of bank cards in the country in a few years. This is underpinned by the active development of the card acceptance infrastructure (ATM networks of all 159 participant banks are to be ready to accept Mir cards by the end of 2016, and the merchant acquiring networks of the participating banks are to be prepared by the beginning of 2017).

Experts believe that the success of the mass issue of Mir cards in Russia will be also driven by a draft law to be adopted in 2016. It will oblige all banks in the country to issue Mir cards for all persons receiving funds from the state, regional or municipal budgets, before January 1, 2018. The total number of such persons in Russia can reach, according to some estimates, at least 33 million (of the 142 million population). The tendencies seen in the bank card acceptance dynamics in the Russian Federation correlate with the growth in numbers and volumes of bank card transactions. The development of this market is boosted not only by the efforts of the international payment systems, which made the availability of a NFC-reader in the POS-terminals a common standard long ago. Another driver is the arrival of NFC-based mobile payment services such as Samsung Pay (end of September 2016) and Apple Pay (early October 2016). Experts have called the first results of these services in Russia “excellent and hardly predictable.”

Thus, in the first week of operation of Apple Pay (launched in Russia on October 4 by Sberbank of Russia and originally intended for MasterCard cards only) out of a million of its potential clients (i.e. Sberbank cardholders having iPhone models compatible with the service) over 125,000 bank customers downloaded Apple Pay on their cards. The users’ interest to Apple Pay is supposed to grow by the end of 2016, when other card-issuing banks in Russia (in addition to Sberbank) get access to the service and after the service became available for Visa in mid-November. As for Samsung Pay, according to VTB24, the transaction volume on VTB24 customers’ cards linked to the service exceeded RUB1.2mln during the first week alone. The bulk of payments fell on food retailers (33% of the total transaction volume), clothing/footwear stores (20%), restaurants (19%), and petrol stations (9%), with about 40% of purchases made in Moscow and St. Petersburg. According to forecasts of VTB24, the popularity of the new service with customers will grow, and the volume of transactions made through Samsung Pay will exceed RUB1 billion in 2017.

According to Alfa Bank, Russia's largest private bank, most of its customers pay using Samsung Pay in Moscow (39.4%) and St. Petersburg (8.93%). Samsung Pay is more often used for payments in supermarkets (30.78% of the total number of transactions), cafes and restaurants (18.68%), and clothing stores (12.06%). Top-5 categories of goods paid via Samsung Pay with the biggest receipt size include electronic home appliances, clothing, sports, hotels and household goods. The size of average receipt (by all clients of the bank) is RUB1035.

In no small part because of the high expectations associated with the involvement of high-income users of mobile payment services, the leading Russian banks accelerate the migration of their merchant acquiring networks to 100% support of contactless transactions. Thus, Sberbank of Russia is planning to ensure the full support of contactless payments by its POS-terminal network in 2017. At present, according to Sberbank, two-thirds of their terminals are already equipped with NFC-readers. VTB24, the second largest bank with state capital, promises to complete this process by 2018-19. Now more than half of the VTB24 POS-terminal fleet in the bank’s merchant acquiring network support NFC.

According to expert data published in J'son Partners Consulting research, the “optimistic” scenario predicts that the number of contactless payment users in Russia, including NFC-based m-payments, can reach 7.5 million by the end of 2016. Also, according to Euroset’s forecasts,  the contactless payment market in Russia will amount to no less than RUB20 billion and can even reach RUB50 billion in case of favorable situation.

The market of bank card manufacturers in Russia: stability

Domestic production of bank cards meets the needs of issuing banks in the Russian Federation almost completely (except for some niche projects).
The market landscape and positioning of the leading players are stable. Rozan, Alioth and NovaCard are among the largest Russian card manufacturers. The positions of other manufacturers such as NIIME, Micron, Sitronics and “Orenkart” are also quite noticeable. The largest foreign player in the Russian market of payment card manufacturing is Gemalto. Ukrainian manufacturers of plastic cards have practically left the Russian market (though earlier they occupied a small market share). Experts traditionally give a high rating to the potential of Chinese companies producing and supplying cards to Russia. However, so far most of them have had difficulties in their adapting to the realities of Russian business, and – what is most important – have faced a lack of adequate Russian partners able to “lead them by the hand” to a market rather complicated for them.

If you are interested in more detailed information about the Russian card market, analytical reviews, expert evaluation of business opportunities of your company in Russia or need to get in touch with the Russian card market players, please contact Konstantin Grizov, Business Development Director, PLUS-Alliance:

Also, we are pleased to invite you to take part in our upcoming Forum “Cards, Payments and Mobile 2018”, which is dedicated to the analysis of the current state of the banking and payment industry in Russia and globally. The Forum will take place on 30-31 May, 2018.

Looking forward to seeing you on our Forum!