Who Innovates Wins: Lifting the Lid on Fintech in Russia 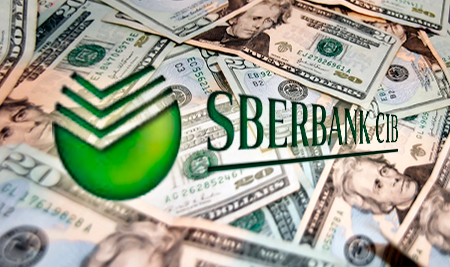 This has spurred a lively discussion about whether the emergence of new entrants in financial services that can seemingly do things faster, better and cheaper marks the start of the long demise of banks. As is often the case, things are slightly different In Russia, with the modernization of financial services to a large degree being driven by some of the leading banking names, which appear to be more ahead of the game than many of their Western peers.


Setting the fintech scene. We look at how fintech is disrupting retail banking on the global stage, from the arrival of digital banks and P2P and online lending to the emerging payments battleground, the potential (or otherwise) of blockchain and digital currencies. We find that it can be tough taking on existing banks, some of which seem to be finally waking up to the need to change, and building sizable and profitable businesses. The payments space is probably the main area in which banks risk losing the frontend customer relationship and being relegated to “being the dumb pipes.”

Russia’s maturing financial landscape. By many indicators, Russia remains a financially immature country, though this is changing. About 25% of the adult population remains outside the banking system and, unsurprisingly, cash still dominates. But the banking infrastructure is well developed – for example, Russia has more ATMs per capita than the UK or Japan – and the share of card payments in total card transactions has risen to almost 30%, buoyed by a network of over 1.5 mln POS terminals. The popularity of mobile banking is also exploding, driven by high smartphone penetration.

Fintech: The Russian nuances. Fintech in Russia definitely has its own style. For one, some big banks are taking the lead in innovation, and here we dive into what the likes of Sberbank (whose online platform has over 33 mln users) and Tinkoff, two of Russia’s fintech leaders, are up to. But there are things happening beyond the leading banks, and we profile a broad spectrum of interesting names in areas spanning digital banking, microfinance, payments, POS lending and mobile acquiring, although admittedly the scale of many of these businesses is small. In terms of longerterm risks to banks’ traditional revenue streams in Russia, we see the payments space as the likely source of the most disruption.

Interviews with leading fintech names. We have also spoken with fintech leaders in different areas, from a global “guru” (Moven’s Brett King) to one of Russia’s original “fintechers,” Oleg Tinkov, and the founder of a couple of fintech startups in Russia, to get some different perspectives on the challenges that fintech startups may pose to the incumbent banks.