Bank of Russia to simplify refunding victims of cyber fraudsters 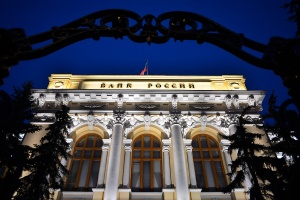 Artyom Sychev, Deputy Head of the Information Security Department of the Bank of Russia, said that the regulator had decided to simplify the refunding procedure for victims of cyber fraudsters.

Bank of Russia to simplify refunding victims of cyber fraudsters

According to Sychev, a draft law, which has been prepared already, provides for the automatic blocking of the stolen amount on the beneficiary’s account for 25 days and introduces a several-fold increase in the amount of refund.

“The first would-be innovation is the automatic blocking of the disputed amount on the account of a likely fraudster immediately upon the victim's request,” Artyom Sychev says. He explains why blocking the amount is important: in 50% of cases, fraudsters withdraw the stolen money within an hour after the transfer, and within 2-3 hours in 47% of cases. As few as 3% of the funds can remain on the account for up to one day.

To double on trace, the cybercriminals make a chain of transfers, using a drop as the first recipient (a dummy whose details allow the fraudsters to remain anonymous). In the current environment, banks have no legal authority either to refuse a loan, or to block the received amounts on intermediate or destination accounts. The Central Bank of the Russian Federation wants to simplify the procedure in order to quickly return the stolen money.

“We want a separate expedited judicial procedure to be introduced there. That is, the money would be quickly frozen on the account, and the final decision on the frozen funds would be made as part of an expedited court procedure.” Artyom Sychev says.
Tweet